Indian boarding schools were the brainchild of Captain Richard H. Pratt, a former military officer. He opened the first boarding school, the Carlisle Indian School, located on an abandoned military post in Carlisle, Pennsylvania in 1878.

The San Luis Rey Mission, founded in 1798, established supporting ranchos in the Temecula and Pauma valleys. These ranchos encompassed property boundaries of dozens of native villages that became the forced labor of the mission system. Because these native villages were within territory claimed for Mission San Luis Rey de Francia, they became known as San Luiseños, later shortened to Luiseño.

Pratt’s stated goal was to “kill the Indian, to save the man.” In order to carry out his plan, Pratt subjected Indian children to extremely strict, often harsh discipline. According to Pratt’s model, schools were set up far away from the reservations making it almost impossible for students to see family during the school year. In many cases, visitations were forbidden and children were not allowed to return home during the summer break. 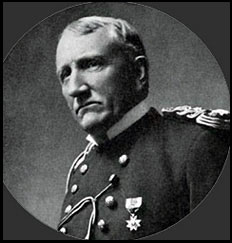 Students wore military uniforms and were forced to march. Disobeying any rule often resulted in harsh physical punishment. Students were forbidden to speak their native languages or practice traditional customs of any kind. They were forced to read the bible and memorize the Lord’s Prayer. Students were taught that their traditional Indian ways were savage and inferior to whites. Students were expected to spy on one another and were often pitted against each other. Classes focused primarily on learning manual labor skills, which were then used to operate the institutions. The education of Indian children was for the purpose of preparing them for servitude, effectively creating a “slave” labor environment where the students provided the free labor that was necessary to operate the schools.

After years of separation, many students found it very difficult to fit into their reservation communities when they tried to return. Tragically, thousands of Indian children never returned, and their small graves can still be found on the premises of many former Indian boarding schools.

Pauma children, along with children from neighboring Luiseño bands, were generally sent to the Sherman Indian School in Riverside, CA. The school was originally built in Perris, California but was moved to Riverside, California, due to inadequate water supply. The new school was opened in Riverside in May 1902 and consisted of nine original buildings set on approximately 100 acres.

After years of separation, many students found it very difficult to fit into their reservation communities when they tried to return. Tragically, thousands of Indian children never returned, and their small graves can still be found on the premises of many former Indian boarding schools. 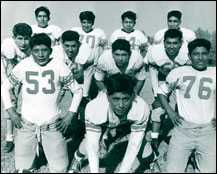 The school was named after Dr. James Schoolcraft Sherman. By 1909, 43 tribes were represented. Students raised their own food in the nearby fields. By 1926, a complete elementary and high school curriculum was offered. It had digressed to an ungraded five-year program by 1948. (Carol Ray)
Pauma elders resisted sending their children to the Sherman Indian School. During the early 20th century, they fought to have the right to send their children to the Pauma Elementary School. It took a courtorder to gain admission to the school, and older children had to translate for the younger ones during the early years. Other government schools existed during this time; there were day schools at Pala and Rincon, and the Sherman Indian Institute eventually offered a day program in Riverside County. Pauma people preferred to keep their children close to home but officials from the Bureau of Indian Affairs and churches sometimes took children away and placed them in boarding schools across the country.

The early 20th century brought extreme hardship for many Indian families. The 1928 Merriam report to Congress found that Indian people suffered from poverty, disease and mortality at disproportionate rates. While boarding schools were not the desired alternative, proponents argued that the boarding school provided food and shelter for children and protection from instability. 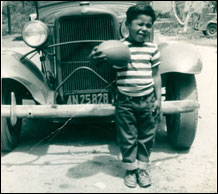