The Pauma people have a complex history of customs and traditions that have enabled us to thrive in our aboriginal homelands since time immemorial. Contrary to some historical accounts, civilization was not brought to us, it existed within our communities generations before European contact. Traditionally, the Pauma people lived in small villages located near fresh water sources scattered throughout our territory. Each home or kìicha was built of arroyo willow, yucca and tule. These structures were dome-shaped with a small smoke hole on top and the floor dug down 2-3 feet into the earth. The design served to insulate the hut, keeping it warm in the winter and cool in the summer. A large woven granary basket was also kept outside each of the homes to store acorns, a traditional food staple of our people.

Pauma people cooked food in a variety of ways. Food was often cooked in clay jars over fires or in baskets with hot rock; sometimes, it was also wrapped in clay or leaves and placed on hot coals or buried. Meats were roasted over hot coals or rocks and mortars and pestles were used for grinding and pounding food. Root plants were gathered with digging sticks and antlers were used for prying objects loose. Needles were made from bird bones and cactus spines. Rock chips were used as scrapers. Elaborate sand paintings were made for special ceremonies. 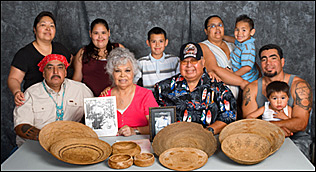 Basket weaving remains a fine art among Luiseño people. Pictographs that still speak to us from the past are being preserved at local sites. Traditionally, young children spent much of their time playing games, swimming, learning to make and throw rabbit sticks and learning to weave baskets. When boys and girls reached their teenage years they participated in initiation ceremonies to learn the customs and respectful behaviors they needed to lead a good life.

Luiseño people share a long history of religious customs and practices. Traditionally, religious activities were led by community and spiritual leaders. Specific songs and dances that were held sacred were performed only by a chosen few. Flutes, rattles, whistles, and clapper sticks were used to make music that accompanied prayers, dances and songs. The beliefs of our people gave meaning to their lives and instilled in them a moral conscience and a respect for nature.

European contact with Luiseño people was limited until the mid 1700’s. Spain set up the mission system throughout California for the purpose of institutionalizing native people and laying claim to the geographic region. The Mission San Luis Rey was built in 1798 and brought many changes in the way the Luiseño people lived. Our language, way of life, and culture began to break down. Many died from diseases brought by the missionaries. The name “Luiseño” was given to the people by the Spanish as a result of their proximity to the mission. One of the names we used for ourselves is ‘atàaxum, which in our language means people or human beings. 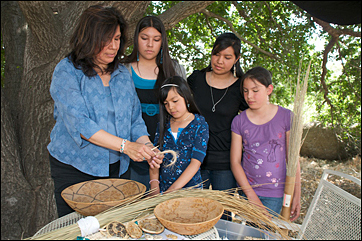 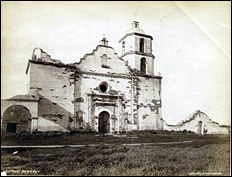 Today, tribal members and families in the Pauma community continue to carry on many of our Luiseño traditions. Read More